“Make American Schools Great Again” is the slogan of a new ad campaign by food industry giant Goya – stepping out of their usual sphere and into the fast-growing market of wearables.

Rather than a new electronic gadget, these are “analog devices hearkening back to a pre-digital age”. Fashioned after traditional masks made popular by doctors during the Black Plague, the “Masga™ by Goya” is shaped like a large beak with a chamber at the end originally filled with spices and herbs, now used with “Masga™ Pods” a proprietary system of canisters pre-filled with unique scents formed in partnership with Scentsy. 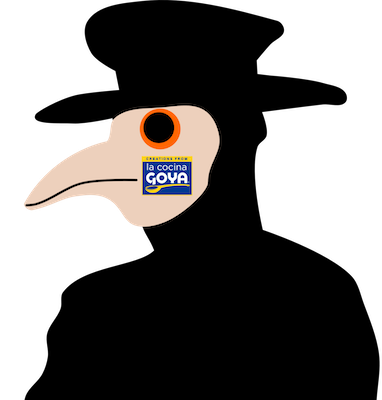 Education Secretary Betsy DeVos was quoted in the initial ad campaign, describing the Masga™ as a “triumph of the free market, and proof that government working closely with corporate America was best for everyone so put a sock in it and pull out the plastic, capisce?”